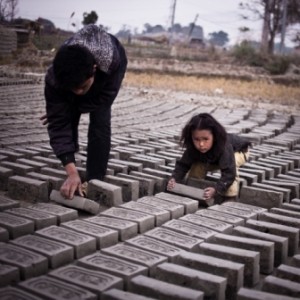 More than 30 million people are thought to be ‘modern slaves’, Nick Grono of the Freedom Fund writes, with this crime taking place in every country around the world.

Nick will be moderating a session on Modern Slavery at the Ariadne Policy Briefing in Budapest next month.. In this blog he writes about what Modern Slavery means and what the Freedom Fund is doing to contest its existence:

At the Freedom Fund we define modern slavery as a person being deprived of their liberty, through violence or other coercion, for the purposes of exploiting their labour or services.

In this way, modern slavery encompasses the crimes of human trafficking, forced labour, forced marriage and the use and recruitment of child soldiers. It’s a massively profitable criminal enterprise. The International Labour Organisation estimates that forced labour generates $150 billion in profits per year.

Most commonly we hear about sex trafficking, but in fact most of the world’s slaves are forced to work in factories, or brick kilns, or stone quarries, on farms, on construction sites, in mines, on fishing boats and so on.

Slavery is prohibited under international law, and in every country – so why is it still so prevalent? This is one of the key questions we’ll explore in during panel session, but in essence, slavery thrives where three factors exist:

But we can successfully fight slavery. The fundamental premise of the Freedom Fund is that we can help drive a big measurable reduction in modern slavery by 2020.

We’ll explore potential strategies during our session. The reason for optimism is based on following factors:

We will also look at what European governments are doing to fight modern slavery and trafficking, and the lessons that can be learned from those experiences. We’ll talk about the positive role that business can play, in putting in place policies and practices to tackle slavery in their own supply chains. We’ll also talk about the changing regulatory environment, with the UK government – to take one example – about to introduce legislation to require businesses to declare what they are doing about slavery in their operations.

And we’ll hear from those on the frontlines of the fight against slavery – providing services to those at risk of slavery, and to survivors. We’ll talk about what sustainable strategies to address the slavery at its source and destination might look like.

We’ll also explore how other social change actors – such as environmentalists fighting to save the Amazon, or those seeking to ensure sustainable oceans – can join the fight against slavery in Brazil, or in the seafood industry in Thailand, and elsewhere.

And throughout we’ll examine how funders can make a difference to these efforts and help ensure that we can break the back of modern slavery over the coming decade.

The picture with this blog shows a father and daughter enslaved in a brick kiln. Picture credit: Alice Carfrae, Legatum Ltds 2015