Ariadne > Blog > Home Feature Below > How do we tackle the impunity of multinationals? 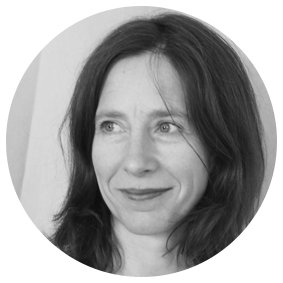 This post was written by Juliette Decoster, Programme Officer at Charles Leopold Mayer Foundation and is cross-posted from Alliance Magazine’s website (original can be found here). Ariadne members can access a recording of our recent webinar on ‘Corporate accountability and the duty of vigilance’ here.

Multinational corporations involved in environmental or human rights-related scandals, such as the Bhopal disaster or the collapse of the Rana Plaza, have often enjoyed total impunity. Until now, multinationals have always been able to play with borders and jurisdictions, and with the gaps in international law and national legislations to escape any form of legal sanction for the human right violations they were responsible for. Dow Chemical has never been brought to court for the Bhopal disaster of 1984 and in Ecuador, if the victims of the Chevron’s pollution managed to have the company fined $9 billion by a court in their country, they have not yet managed to have the sentence enforced.

The question of regulating corporations and encouraging social responsibility is at the very heart of a democratic social and ecological transition. The challenge is to bring transnational corporations back inside a transnational rule of law and a form of democratic and ecological accountability.  To contribute to this, legislative change is just as important as political or economic action.

In France, difficulties with cases such as the ones brought against cement producer Lafarge, in relation with its activities in Syria, or against supermarket Auchan, for the involvement of its suppliers in the Rana Plaza disaster, have illustrated the need for new legislation on corporate accountability of parent companies or buyers which hold the real power in global supply chains.

Adopted in February 2017, the French law on the duty of vigilance represents the most promising response to the existing business and human rights accountability gaps, to date. It compels corporations to identify and prevent human rights and environmental risks related to their own activities and to the activities of their subsidiaries and key suppliers. If they fail to do so, they can now be held accountable before the courts, and victims of actual violations can claim remedy

From a funder’s perspective, the French law on the duty of vigilance is extremely interesting at two levels:

This law is not ideal, but it has opened new doors. It is a step along the long way of tackling corporate impunity. The challenge is now its effective implementation and the development of mandatory human rights due diligence legislations across Europe and at international level (with an EU directive and a UN treaty under discussion). Of course, a law does not change the whole system and there is much more to tackle…