Ariadne > Blog > Home Feature Below > In the wrong hands. What if the far-right takes over France? 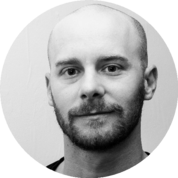 In this blog, Florent Gonthier, Programme and Events Assistant at Ariadne, explores the rise of the far right in France and its implication on the upcoming French elections.

As a French citizen living in the UK, I have watched, fearfully and from afar, France shift towards the far-right. The narrowing of civil society and the promotion of a populist agenda by some prominent media would have even more devastating consequences if the wrong political party came to power in 2022.

French police have long had a conflictual relationship with people of colour and residents of the banlieues (the working-class suburbs with a high population density). But, through the Gilets Jaunes protests and the strict Covid-19 lockdown measures, citizens from all socio-economic backgrounds have had a taste of the institution’s structural issues: regular use of disproportionate force, false statements and harassment. Due to the pandemic, new anti-terrorism measures and an impending “Global Security” bill, the power of the police has increased, and this trend looks set to continue.  Worse still, there is little accountability for the substandard behaviour of officers.  The country’s police watchdog, L’inspection générale de la Police nationale (IGPN), is mainly composed of French police officers who too often side with their colleagues.

Another worrying trend in France is the use of the judiciary to shut down democratic movements.  Immigrant activists have been summoned to court for giving lawful humanitarian assistance to immigrants. There has also been a wave of prosecutions of activists in the Gilets Jaunes movement. The courts will prosecute individuals even if there is no strong evidence and will use vaguely defined offences to intimidate critical citizens. On top of this, journalists have been harassed for investigating politicians and official institutions.

Acrimed, an NGO that investigates news outlets, estimates that a small group of billionaires owns most of the media in France. As a result, conservative press dominates the market and editorial independence is not guaranteed. Racist speech has become commonplace in mainstream media. For example: Eric Zemmour, an infamous right-wing “intellectual”, gets regular invites on French TV and is an editor of a national newspaper, despite having been condemned multiple times for racial and religious hate speech.

On a political level, the current centre-right government is courting right and far-right voters.  French President Macron and his ministers have created a hostile environment and are deepening the polarisation of French society. France is facing many issues: racism, poverty, unemployment, and loneliness due to the pandemic. Some suspect that, whenever a new scandal involving elected officials arises, the government diverts the country’s attention, by focusing on issues the far right holds dear, such as Islam, gender equality and so-called “reverse racism”.

The situation is bad, but it could get worse.  The next French presidential elections will take place in Spring 2022. Although campaigns haven’t yet started, Marine Le Pen, the far-right leader of le Rassemblement National, is expected to do very well by political analysts.

A weak left-wing alliance along with Macron’s four-year presidency leaving many disillusioned, makes this a very real threat. After years of campaigning, the extremist party (formerly known as le Front National) has managed to rebrand itself as a mainstream political force, despite it being populist, racist and anti-immigration. The party has a bad record in cities it governs, it has stopped funding some local human rights organisations and has obstructed the work of the local press. If Le Pen’s party was to win the national elections, it would surely use the police, the courts and the media to further close civic space and shut down critical movements.

French foundations will undoubtedly be affected if Marine le Pen is elected. What can they do to stop the far-right tsunami? Since France is a leader in the EU politically, economically and culturally, should other international funders be worried about the upcoming French elections? In an age of pressing long-term issues (poverty, climate change, women’s and LGBTI rights, and racism), should progressive philanthropy take a stronger political stance and collaborate to defend liberal democracy?