Ariadne > Blog > Home Feature Below > Join up for Justice 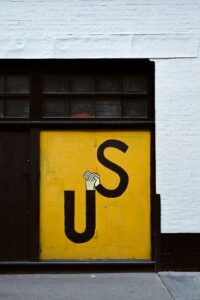 Photo by Toa Heftiba on Unsplash

In this blog, friend of the network Barry Knight introduces his recent paper, Planning in a Pandemic, focusing on conversations with members of Ariadne and the wider support infrastructure for philanthropy.

‘There is a real appetite among European foundations for change’, says Julie Broome in her introduction to the 2021 Ariadne Forecast. Following the pandemic, ‘there is no going back’, and ‘while we cannot control the future, we can make it as ‘inclusive, equitable, and green as possible’.

Having spent the past year talking to people in philanthropy, I agree. Amidst all the grief and sadness, nearly everyone I have spoken to says we need to do things differently. There is much potential because, having recognised our shared vulnerability, we are more open and willing to share. Such solidarity could be the building block for a world based on fairness and justice.

At the same time, people recognise the scale of the challenge. Economic, environmental, and political trends continue in the wrong direction. Inequality grows apace, as billionaires play in space while ordinary people queue for foodbanks. Climate change has arrived with a vengeance as the planet burns in some places and floods in others. Politicians mask their incompetence to find our way out of these problems by finding someone to blame. They scapegoat refugees and minorities, while subduing community action and clamping down on protest as a way of retaining power.

The problem of ‘closing space for civil society’ is likely to close still further as ‘illiberal democracies’ turn first into ‘autocracies’ and then into ‘totalitarian states’. John Gray, writing in the New Statesman, says that liberal elites across Europe are ‘looking on blankly as the world they have taken for granted slips into the shadows.’ [1]

If there was ever a time for philanthropy to work together, this is it. While collaboration has traditionally been a weakness, there are now signs of change. According to the 2021 Ariadne Forecast:

‘…collaboration between foundations is finally moving beyond lip service to a real commitment to working together in a holistic and strategic way. It is now clearer than ever that the social challenges facing philanthropy – and the world at large – are so great that cooperation is necessary to have any hope of solving them.’

Some Ariadne members are starting to put this into practice. Various online discussions, using the safe space that Ariadne offers, have concluded that we cannot use the tools of the 20th century to address the problems of the 21st century.

People are hungry to develop a theory of change that moves beyond what one participant in the process called the ‘old world understanding of a single issue, single identity, single geography analyses to one that meets the global nature of these challenges’. A report on discussions so far and the beginnings of a plan of action can be found here.