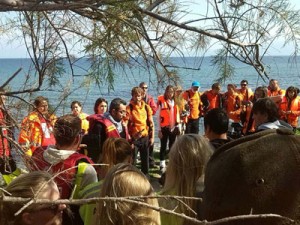 What do love for humankind, justice and collaboration in philanthropy have in common?