Ariadne > Blog > Home Feature Below > Part II – Generating hope beyond the spotlight: Tending to the impact of the COVID-19 lock-down on disenfranchised populations and Italian civil society. 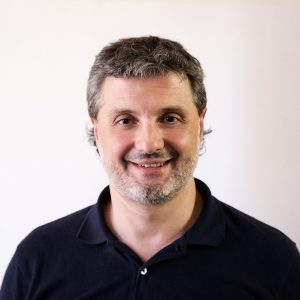 In this interview, Debora Guidetti, Ariadne’s European Programme Manager, speaks with fellow Italian Vincenzo Linarello, President of GOEL – Cooperative Group, about the impact of the COVID-19 lock-down on disenfranchised populations and civil society in Italy.

Following on from the previous blog on the impact of COVID-19 in Italy, I spoke to Vincenzo Linarello, President of GOEL – Cooperative Group, who shared his perspective from the South of Italy.

Vincenzo, what can you tell us about the current situation on the ground?

The whole of Italy has been on lockdown since 11th March. This has, hopefully, saved the poorer Southern regions from the breakdown of their weaker public health systems (which are regionalised in Italy). Private resources are tending to focus on the health emergency and the Northern region, which is most affected by COVID-19. This is completely understandable, but the lockdown applies throughout the country and the tragic consequences for Southern Italy, and Calabria in particular (where GOEL works), are not as well-known and are often forgotten. Inequality in Italy is huge, and we are deeply concerned about the urgent needs, and social and economic survival, of the most vulnerable: migrants and asylum seekers, and low wage, informal and casual workers.

GOEL is an impressive social experiment in Calabria, Italy’s poorest region and the home of Europe’s most pervasive mafia, ‘Ndrangheta. As authorities have warned, and newspapers like The Guardian have documented, the mafia is gaining local support in the South of Italy by distributing food and essential goods to low income families in quarantine who have run out of cash. But, as we all know, the payment for this timely support comes with criminal strings attached, which will be pulled at a later stage.

Vincenzo, what is the situation in Calabria now?

Even before the COVID-19 emergency, the Calabrian economy was on the brink of collapse. The region ranks 5th in the EU for youth unemployment, at 55.6%. Meanwhile, ‘Ndrangheta continues to infiltrate Italy and Europe, where it is the primary importer of cocaine. There is a lot of corruption in Calabria, and the region has the highest rate of illegal and undeclared work in Italy, involving local people as well as migrants. On top of this, a considerable proportion of the workforce are low-wage or informal workers, mostly fruit and vegetable pickers.

Those who work ‘off the books’ do not have access to the safety nets of formal jobs, such as the special national redundancy funds to which roughly 2,500,000 workers have applied across Italy. In compliance with the national lock-down, people have been forced to stop their subsistence activities, and they are beginning to go hungry. Money is running out, and families have almost depleted their savings.

Businesses, already fragile before the lockdown, will end up closing down. Migrants and asylum seekers, already starving, are losing their already precarious housing. Social care services are in short-supply and ill-equipped to handle the distress currently growing behind closed doors.

There is a real risk that social cohesion and the weak, unstable economic sector in Calabria will be razed to the ground. The risk posed by ‘Ndrangheta goes beyond the threat of psychological dependency posed by the offer of in-kind supplies. As noted by Nicola Gratteri (Catanzaro’s anti-mafia attorney), ‘Ndrangheta, which is the richest and most entrepreneurial mafia, will use usury (the practice of lending money at unreasonably high rates of interest) as a lever of control and domination of the devastated territory, and the pay-back will come in economic and electoral terms, as packages of votes. ‘Ndrangheta, with an estimated turnover of about €60 billion, doesn’t have cash flow problems and will probably flood the territory with exploitation and usury, choking families and businesses in need after the COVID-19 pandemic.

So, basically, it’s ‘open season’ for servitude and future exploitation for criminal purposes! How is GOEL coping?

Even GOEL – Cooperative Group, a stable organisation with US 501(c)3 equivalency status, is struggling under the current circumstances. All of our social enterprise activities have been suspended, including our responsible tourism tour operator I Viaggi del GOEL, our ethical fashion production CANGIARI, and the work we are commissioned to do by third parties. Farms and organic food production go on, but with great difficulty. Our protection services for the most vulnerable (children at risk, migrants, asylum seekers, people with mental ill-health) are in a state of emergency and cannot sufficiently meet current needs in the area.

In light of this, GOEL, together with Comunità Progetto Sud, our major partner in the territory, can’t only be reactive, but must be proactive in helping Calabria to fight the dominance of ‘Ndrangheta. GOEL is trusted by the people here and can build upon local, non-financial assets to make an immediate, tangible difference to counteract this horrible wave of suffering that is already sweeping over us.

We need to re-organise the local community, strengthen our democratic engagement, co-construct a new welfare system, and provide more job opportunities. Based on the socio-economic model developed by GOEL, this is the time to offer to the entire community new development perspectives for the territory, to let it rise again after this crisis. Contrary to what some politicians may think, it is not possible to deal with the economic and social consequences after the health emergency is finished. We need to act now.

Nothing comes for free with the self-declared ‘benefactors’ of the ‘Ndrangheta, and so what could genuine philanthropists do to sustain social cohesion and show what help (free of criminal ties) really means?

We urgently need to support the response to the current crisis. But we also need to prepare for our post lock-down world. This will be like post-war reconstruction; not rebuilding physical structures, but communities, social cohesion and livelihoods. In a word, philanthropy needs to generate hope.

GOEL has always been on the side of the most vulnerable, and this is even more necessary today. But to sustain social cohesion, philanthropy should help build systemic interventions for long-lasting solutions. Philanthropic support should be addressed to organisations who know the territory and its needs, and who work for systemic and transformative change, not just for single projects. GOEL and its partners work to integrate the long-term unemployed (or informally employed) into the job market; create employment for those with fewer opportunities; support community health services and territorial social services; engage in nonviolent popular defence against the mafia; and support education for participation and democracy, as well as advocacy and the fight against corruption.