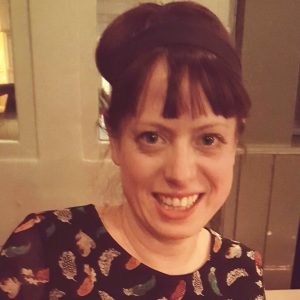 As the EU (Withdrawal) Bill continues Report in the House of Lords, Louise King, Director of the Children’s Rights Alliance for England, sets out why it’s crucial that peers take the opportunity to amend the Bill to ensure that child rights protections are safeguarded post Brexit.

Children’s rights are not usually the first thing that people think about in relation to the UK’s departure from the European Union (EU).  In fact it’s striking how little attention there has been on the possible impact of Brexit on children.  The Government’s focus (perhaps unsurprisingly) has been on the exit negotiations, on possible future trade deals, the customs union and  the Irish border.

But there are also other issues at stake that have potentially profound consequences for the lives of children. CRAE, in coalition with other organisations working with and for children, has been working hard to draw attention to these as the EU (Withdrawal) Bill goes through Parliament.  We want to ensure the UK doesn’t go backwards in children’s rights protections as a result of our departure from the EU.

Beyond the fact that children were not able to have their say in the referendum, Brexit is likely to affect children in a variety of areas.  Legislation and protections derived from UK membership of the EU affects many aspects of children’s lives – from consumer and environmental protections, food safety and labelling, paediatric medicines, cross-border safeguarding and anti-trafficking cooperation.

The EU is also underpinned by human rights, including the United Nations Convention on the Rights of the Child (UN CRC).  Article 3(3) of the Treaty on European Union enshrines the objective of the EU to promote and protect the rights of the child. The EU Charter of Fundamental Rights also guarantees the protection of children’s rights by EU institutions and by EU member states when they implement EU law.

The Charter is of crucial importance for children. It includes rights enshrined in the UN CRC – such as the right to care and protection, to express views freely in accordance with age and maturity, and the principle of children’s best interests being a primary consideration in decision-making.  It matters because children’s rights enshrined in the Charter have been translated into practice through EU legislation, policy and case law.  This has included areas as diverse as legislation on cross-border family law and ensuring the best interests of separated asylum seeking children, through to policies designed to tackle high youth unemployment rates and child obesity.

Given its importance for children’s rights, we were therefore delighted when Peers passed an amendment which ensures the Charter will be included in retained EU law.  It’s initial absence from the Bill drew heavy criticism by the Equality and Human Rights Commission,  human rights organisations, such as Amnesty International and Liberty as well as CRAE and our sister organisation Together, the Scottish Alliance for Children’s Rights.  We have been working together to ensure we keep rights enshrined in the Charter after Brexit.

In relation to broader children’s rights, the Government has stated that it is fully committed to the UN CRC, that it takes ‘children’s rights extremely seriously’ and ‘will ensure that we establish the best approach to them in both the negotiations and our own domestic law.’[1] .

However, children’s organisations are concerned that if the proposal to allow Government to use delegated powers to amend, repeal or introduce EU-related legislation (so-called ‘Henry VIII’ powers) is reintroduced in the House of Commons legislative decisions post-Brexit, that impact on children, could be made with little or no parliamentary scrutiny.  For example, under current EU law, trade in goods and services between Member States has to ensure the protection of the welfare of children who may be affected. If the UK embarks on new trade deals and withdraws from the Customs Union, there needs to be a mechanism to ensure that any new deals includes adequate safeguards for children affected by trade in products and services.

We are therefore also supporting efforts by members of the House of Lords to ensure that the Government makes a Ministerial Statement of commitment that it will give due consideration to the UN CRC in EU-related decision-making, during and after Brexit.  We believe this is necessary to help protect the full range of children’s rights, as enshrined in the UN CRC, during the transition period and after the UK’s exit from the EU.  This is particularly important as the UK has not fully incorporated the Convention into domestic law.  Legislation such as the Human Rights Act and the Children Act 1989 – as important as they are – do not offer comprehensive rights protections for children.  A Ministerial commitment to take the UN CRC into account when making decisions on areas which are currently an EU competence would demonstrate a clear willingness to ensure that there will be no ‘going backwards’ in children’s rights protection after exit day.

The overwhelming focus on Brexit is already taking time and attention away from critical issues facing children – rising levels of child poverty and homelessness and increasing mental health and social care needs.  We can’t afford our exit from the EU to also lead to a weakening of law and policy that currently protects children and helps to realise their rights.