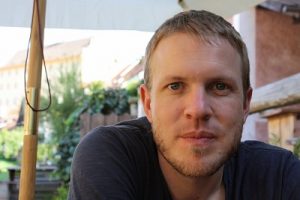 In this blog, Steve Hughes, Network Coordinator for the European Community Organizing Network, reflects on community organising to combat the rise of the populist right.

The new report from Ariadne and ECON – Making a way forward: Community Organising and the Future of Democracy in Europe – can be found here.

It was an expression of power. Power from a grassroots community mobilisation in the Banská Bystrica region of Slovakia increased voter turnout in local elections by 60% and removed Marian Kotleba, Slovakia’s most recognisable right-wing populist, from office as the regional governor.

Much like the movement that gave rise to Marian Kotleba in the first place, this mobilisation did not come from nowhere. At the center of it was a Slovak NGO called the Center for Community Organizing (Centrum komunitného organizovania, CKO). CKO led a diverse (and sometimes contradictory) coalition of local forces, and while they never endorsed a candidate, they united the other candidates behind a common cause, preventing splits in the opposition.

For years CKO had been doing the painstaking work of community organising: knocking on doors and talking to residents everywhere from large blocks of flats in the city, to Roma villages on the periphery. Over years they developed local leaders and built democratically controlled citizen organisations. This was the social fabric that enabled and sustained the opposition to Marian Kotleba.

Not a few months after CKO’s victory in Banská Bystrica, political crisis rocked all of Slovakia. With the execution of a young journalist who had been reporting on high-stakes government corruption, Slovakia experienced a spontaneous outpouring of citizen protest not seen since the Velvet Revolution. The Center for Community Organizing then found itself—quite unexpectedly—playing an important role in a national mobilisation that ultimately led to the resignations of the Prime Minister, the Minister of the Interior, and the Chief of the National Police.

The strategic case for community organising

The “closing of civic space” is a term on a lot of people’s lips at the moment, and for good reason. However, this term is often recited in a rather abstract way—as if we are reporting on the weather—and this closing is made to sound by policy makers as if it is something that “just happened.” Of course, no one believes this to be true. However, our language to describe the phenomenon has not caught up with the task of describing what is, in fact, an orchestrated attack against civil society and the open and free society which it represents.

What’s more, there is a danger of this closing happening on the “micro” level as well; as citizens see there is no hope, apathy sets in. As neighbours are told to distrust their neighbours because they look different, they withdraw into themselves and their families. This contraction of a day-to-day public life leaves the playing field open for demagogues to gain power.

If the community organiser is the activator, then the community members are the leaders, acting with a new sense of self and community. All of this adds up to a very powerful—and very concrete—antidote to the closing of civic space. It also adds up to a force that can alter the public discourse (i.e. what is considered “common sense” by the wider population) and ultimately shift power relations in society.

From the margins in…

Community organising locates the centre of its practice in marginalised communities, and/or communities in fear of “slipping back.” These two types of communities are the very same kinds of communities that are targeted—in very different ways—by right-wing nationalist movements. In other words, as the political centre is collapsing, the battle is shifting to the peripheries.

A community organiser instinctively views her work through a power analysis lens. If it is clear that our opposition is building power at the margins, we have to ask ourselves, are we going to allow the forces of racism and reaction to dictate the terms of the debate going on in that space? From a community organising perspective the answer is very clearly “no.” Community organisers must build strong, locally rooted organisations by working on the ground in the very same communities that are right now being targeted by right wing populist movements. And rather than using the opposition’s tactics of divide and rule in these marginalised communities, the community organiser must root his or her work in a vision of social solidarity.

Community organising should not be simply viewed as a “methodology.” Nor is it just another “project.” Rather, it is an investment in a new conception of civil society itself—one that is built on the foundation of locally–controlled, democratically–run organisations, dedicated to building citizen power from the bottom up. It translates the big ideas of “human rights” and “social justice” into the everyday lived experience of regular people. The growing body of work in Europe called “community organising” could, if taken to scale in more places, represent an important counterforce to the rise of xenophobic and nationalist forces in all parts of Europe.

The conversation which resulted in the publication of the study Making a Way Forward: Community Organising and the Future of European Democracy began in the summer of 2018 in at a civil society training facility in rural Hungary. Community organisers from Slovakia, Romania, Poland, Serbia, and Hungary met with funders curious to explore a new approach to their work. Stories from the field were shared, and an open, generative conversation about the challenges and possibilities of a deeper collaboration ensued.

This study represents the next phase of that conversation, but we don’t believe it to be the last one. We welcome others to join us in this critical discussion, and we are hopeful that together we can build the infrastructure for a civil society that is at the same time rooted in local communities, but powerful enough to serve as a check on the growing threat to the vision of an open and socially just Europe that we all share.