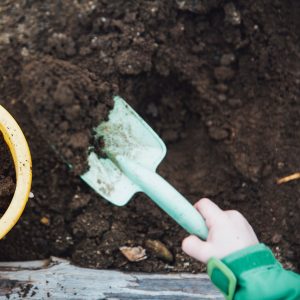 This post was written by Jane Tanner, Kamna Muralidharan and Kate Hitchcock at Paul Hamlyn Foundation. It is cross-posted from Alliance Magazine’s ‘Uprooting racism in grantmaking’ blog series (the original can be found here).

The Paul Hamlyn Foundation’s Jane Tanner, Kamna Muralidharan, and Kate Hitchcock reflect on key learnings from some uncomfortable conversations about racism among European foundations, led by Healing Solidarity and supported by Ariadne.

We had the opportunity to participate in a series of anti-racism sessions last year led by Healing Solidarity as staff of the Paul Hamlyn Foundation, which is a member of the Ariadne Network ⁠– European Funders for Social Change and Human Rights.

The ugly spectacle of the murder of George Floyd provided an opportunity for many in philanthropy, for perhaps the first time, to examine how racial violence manifests itself in our work. For the last year, many of us in the sector have been examining our own complicity within the whole spectrum of covert and layered forms of intrapersonal, internalised, institutional, and ideological racism.

The consensus is in: Racism is bad. Really bad.

Now, the challenge for philanthropy is to step up to the level of honestly needed to acknowledge our role in maintaining the status quo. In a bid to avoid discomfort, by distancing between ourselves and racism’s most obvious expressions, significant damage is done when we in the sector prioritise displaying good intentions over the personal accountability that leads to collective action. Without the chance to grow to become more accountable, we are simply left with the pain of racism.

‘I had to turn the camera off at one point to cry. I never cry.’

In this series, we each share our experience in the sessions hosted by Healing Solidarity, and supported by Ariadne. Healing Solidarity led a cohort learning (and un-learning) model to support development of anti-racist grantmaking practices. Here’s what it looked like.

An opening webinar first supported almost 100 Ariadne members to understand the concept of white supremacy culture and how it shows up in philanthropic organisations and institutions, as well as how it relates to power and privilege across many global contexts. Participants were then invited into smaller cohorts, which were designed for more intimate (and challenging) conversations. These caucused cohorts (led by and for people raced as Black, People of Color, and white) supported individuals’ inquiry, healing, and skills building.

Led by multi-racial team, Healing Solidarity recognises that these racialised identities, nor any cohort, would be a homogeneous group. They also recognise the value of spaces dedicated to those who have shouldered the burdens of racism differently, in order to explore the many ways in which that is manifest in our organisations. They fully recognised that other cohorts could also have been organised, e.g. by global region, for people who identify as ‘mixed-race’ or multi-racial, or migrant/immigrant, Indigenous, etc. However, we were satisfied with how the groups were formed and that people were able to self-select into them. Following the cohort sessions, everyone was brought back together for a shared closing session on re-imagining anti-racist grantmaking and grantee support practices.

Together as human rights professionals, we explored how our personal lived experiences play out in professional workplaces. We focused specifically on deepening our understanding of how racial injustice operates in ourselves, our teams, foundations, and in the philanthropy sector writ large.

We learned that anti-racist practice is deeply personal and political, and necessarily ongoing. We believe that together we can generate a new narrative about what it means to support powerful social movements, strong organisations, and grassroots-based leadership. Therefore we look forward to sharing our experiences, key take-aways, and learnings with you in this blog series. 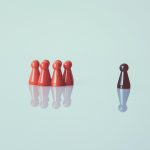 Jane Tanner writes about the impact of working within established colonial constructs of grantmaking ⁠– and what it felt like to shed that burden, even momentarily. 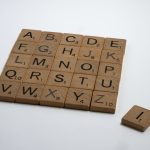 The experience of unbelonging

Kamna Muralidharan writes about how white supremacist structures permeate modes of thinking among communities of colour too, and why inclusivity must be at the centre of both personal and professional interactions. 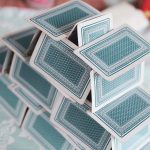 Why guilt and shame are all too common

Kate Hitchcock writes about how fragility and defensiveness can undermine the work of white allies, and the non-linear nature of anti-racism work. 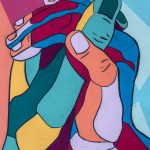 Tanner, Muralidharan, and Hitchcock conclude their series of reflections, writing that compassion, courage, and resolve are all essential for anti racism work.

They write: ‘We all have a role to play in moving towards making the organisations and systems we operate in anti-racist. What do you need to commit to doing to move forward?’