Ariadne > Blog > Home Feature Below > What’s happening in Northern Ireland and what can be done about it?

What’s happening in Northern Ireland and what can be done about it?

What’s happening in Northern Ireland and what can be done about it? 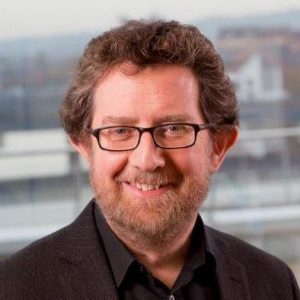 In this blog, Martin O’Brien, Director of the Social Change Initiative (SCI), analyses the recent incidents in Northern Ireland and explores what politicians and philanthropy can do to remediate the situation.

Two years ago, we were delighted to welcome Ariadne members to Belfast for the annual Policy Briefing. The programme gave a sense of the conflict, the progress which had been made, the role philanthropy had played, and the dangers presented by Brexit. Other issues were also covered, but the highlight for many was meeting local peacebuilding activists.

In recent days, the conflict in Northern Ireland has been back in the news with disturbing violent scenes. These have been concentrated in disadvantaged areas, and increasingly centred around the interfaces or “peace lines” which many of you visited.

Why have things deteriorated and what can be done? The answer, like most things related to Northern Ireland, is not straightforward.

Brexit, as anticipated at the Policy Briefing event, has destabilised things. The carefully negotiated 1998 Good Friday Agreement, effectively made the border between Northern Ireland and the Republic of Ireland largely irrelevant and, importantly enabled people to identify as British or Irish or both. The UK and Ireland’s shared EU membership provided a common framework and a platform of rights protections. Brexit undermined that and has brought the question of borders to the fore again, not just regarding the movement of people and goods but also in people’s minds. Like Scotland, the majority in Northern Ireland voted to remain in the EU and the fact that the UK has left, has re-invigorated interest in a United Ireland.

The UK’s emphasis on sovereignty, resulted in a hard Brexit, leaving the single market and customs union. This created sharp problems for the peace agreement which was premised on shared EU membership. Ultimately the EU and UK agreed to resolve the problems via the Protocol for Ireland/Northern Ireland which among other things saw Northern Ireland remaining in the single market when Britain left. The integrity of the single market required checks on the movement of goods from Britain to Northern Ireland, in effect creating a ‘sea border’ between the two. While this has led to challenges for businesses due to the rigorous application of EU regulations, politically it has been presented as a threat to the identity of those in Northern Ireland who are British. These changes, coupled with shifting demographics in Northern Ireland which point to a declining Protestant majority, wider uncertainty about the future of the Union and growing debate about a united Ireland have led to increased anxiety among those committed to Union with Britain. This has been used to question the efficacy of the Good Friday Agreement and to engender a sense of loss within Unionists/Loyalists.

While the Protocol has undoubtedly led to problems, no realistic alternatives have been proposed to address the consequences of Brexit for Northern Ireland. Moreover, the fact that the protocol gives Northern Ireland a significant economic advantage allowing it to trade freely into the wider UK market and into the EU has been overlooked by those concerned about perceived threats to their identity.

These issues have unfolded amidst covid restrictions and longstanding economic disadvantage and lack of opportunities, particularly for young people. A riot becomes a source of entertainment and excitement and an opportunity to cause trouble.

A further element in play has been the controversy around the funeral during lockdown of a leading figure in the IRA. Several thousand people attended including Sinn Fein Ministers in the devolved government. After a drawn-out inquiry, the recent decision not to prosecute anyone attending the funeral for breaches of Covid regulations has resulted in allegations of unequal policing and calls from Unionist politicians for the policing chief’s resignation. Police were targeted in some of the rioting and a number of officers have been injured.

Commentators have suggested that, as with previous events, politicians’ comments have fomented community tensions. When violence occurs, they disassociate themselves from it. Young people end up blighted by criminal convictions.

After several nights of violence, which was initially between unionists and the police, the trouble shifted to include attacks between unionist and nationalist communities. Grass roots youth and community workers have been to the fore in drawing people away from the violence. On occasion community workers on both sides created human barriers to keep rioters apart. These and other behind the scenes efforts have halted the disturbances but there are concerns about a ‘politically hot’ summer, when Covid restrictions are relaxed, the potentially divisive centenary of Northern Ireland is celebrated (alongside the 50th anniversary of Internment without Trial), and the age-old antagonisms over flags, bonfires and marches re-emerge. Community activists are already working to ensure effective lines for cross-community communication and diversionary activities.

Some of the groups Ariadne members visited when they were in Belfast have been at the heart of these efforts. Their work reaching across the sectarian division to their counterparts will remain crucial in the coming weeks.

The British and Irish governments need to work together with local politicians to recommit to the peace. Experience tells us that when either government takes its eye off the ball the situation deteriorates. Philanthropy also needs to work to preserve the gains made and to support more local community action such as that seen in the last few days. The protection of rights, fairness and equality should also be a key philanthropic priority. One recent positive development is the establishment of a new pooled fund launched by both community foundations on the island to support joint work across the border. That will become increasingly important as we negotiate delicate debates about the future.

There are also other medium to longer-term opportunities. The courageous leadership of local activists, most often demonstrated during times of crises, must be invested in and recognised. It is also important that the positive role of many political ex-prisoners is acknowledged given the credibility that they bring when arguing for peaceful approaches. Finally, there is a need to expand the conversation as to how the spectrum of overlapping national identities can be accommodated in practice. This issue has wider parallels too in Britain as the debate about constitutional futures gathers pace. Can ‘big thinking’ philanthropy help to address that issue? Failing to do so risks further polarisation ahead.