Ariadne > Blog > Home Feature Top > Communicating Effectively: Getting your message across and changing the terms of the debate 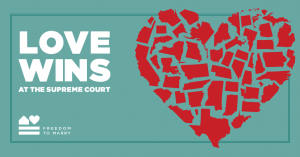 Sarah Pugh of Global Dialogue writes about framing and communications, including a one day workshop and master-class in October which is open to funders and members of civil society.

Right now opponents of human rights are doing a great job of framing the public discourse.

In the UK, the ‘Labour’s Human Rights Act’ is called a ‘villain’s charter’, championing terrorists and criminals at the expense of British citizens, which makes it that much easier for the Government to suggest watering down human rights protections.

In Russia, Putin has framed LGBT rights as a Western import, harnessing homophobic public opinion throughout the region to help achieve his geopolitical goal of rebuilding Russian influence.

In Africa, leaders accused of war crimes cast the International Criminal Court as a Western imperialist venture, and  themselves as the ultimate victims, overshadowing the real victims of the original crimes and dodging accountability.

And far from being seen as an essential building block of democracy, peace and the rule of law, human rights are framed as undemocratic, undermining security, and violating justice and fairness, a narrative which is playing an important role in closing the space for civil society.

Those who support human rights are struggling to counter these narratives and construct positive frames of their own that really engage public opinion on the issue. It’s not easy and needs specialist skills and dedicated resources. The odd press release or fact sheet simply will not cut it, and in some cases, ill-thought through communications will undermine support and waste time.  Communications need to be a central part of our tool box, sitting alongside litigation or advocacy, rather than an afterthought.

The International Human Rights Funders Group’s (IHRFG) summer Institute in New York focused on strategic communications and the important part that they play in upholding human rights and bringing about social change.

Nathaniel Kendall-Taylor from the Frameworks Institute, gave a master-class on the art of framing. It’s essential to understand that we do not pour messages into minds that are empty vessels, instead, messages enter ‘swamps’, minds populated by preconceived ideas and beliefs. We must learn to navigate these swamps if we want our messages to resonate and become ‘sticky’.

“People approach the world not as naïve, blank-slate receptacles who take in stimuli …in some independent and objective way, but rather as experienced and sophisticated veterans of perception who have stored their prior experiences as an organized mass. This prior experience then takes the form of expectations about the world…” Deborah Tannen, Framing in Discourse.

Communicators need to think carefully about what it is that they want to get through the swamp, what pre-held values and beliefs are in the swamp ‘eating’ their messages, and what strategies can help get the messages out alive. If not, we end up with a ‘you say, they think’ situation, and, ultimately, with ineffective communications.

We also heard from  practitioners who have used communications as a key part of their campaigns. , Kevin Nix, the Communications Director from Freedom to Marry (the US campaign to win marriage nationwide) spoke about the central part played by communications, in a campaign which recently resulted in the Supreme Court ratifying the freedom of same-sex couples to marry.

Freedom to Marry achieved broad acceptance by framing its arguments in a way that connected to people’s values (the stuff in the swamp), focusing on what the right message was, and who the right messengers were. They shifted their emphasis from abstract talk of rights and benefits to more personal connections tied to values. So rather than focusing on how exclusion from marriage can mean denial of health coverage, Social Security or other critical legal protections, they talked more about the love and commitment that lie at the heart of the desire to marry for gay and non-gay couples alike, aligning their messages with the values of most Americans.

We know that as grant-makers we have to understand and deploy this knowledge to win over a broader swathe of opinion. Ariadne now hosts a new community, for funders, called Communicating Human Rights and Social Change (please email me if you are a funder and would like to join: sarah@global-dialogue.eu). Ariadne will also be running a master-class for funders and civil society actors with Nathanial Kendall Taylor on October 7th 2015 in London. If you would like to come please contact Lori Stanciu on lori.stanciu@ariadne-network.eu