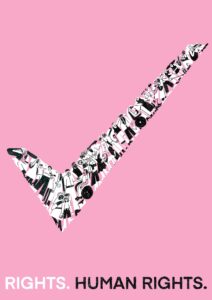 In December, the UK Ministry of Justice opened a consultation on the Human Rights Act, making clear its intention to repeal it and replace it with a Bill of Rights, expected to be narrower and more restricted in scope.

According to the consultation announcement, ‘The Bill of Rights will protect essential rights, like the right to a fair trial and the right to life, which are a fundamental part of a modern democratic society. But we will reverse the mission creep that has meant human rights law being used for more and more purposes, and often with little regard for the rights of wider society.’

This reform threatens the protection of human rights across the UK and could put vulnerable groups such as refugees and asylum seekers at risk. You can read more about the consultation in this British Institute of Human Rights’ briefing here.

Following a funder briefing co-organised by Ariadne and the Association of Charitable Foundations (ACF), a group of funders has produced a letter responding to the consultation.

If your foundation would like to sign the letter, please email policy@acf.org.uk with the name of the signatory, job title and full organisation name by Friday 4 March.

We are a group of independent grant-making trusts and foundations that have a core commitment to tackling the root causes of injustice, inequality and conflict. Collectively we distribute millions of pounds of charitable funding for public benefit, including supporting civil society in actively promoting human rights, democracy and the rule of law. We make this statement in response to the UK Government consultation to reform the Human Rights Act published on 14 December 2021. [1]

We have real concerns about the impact of the proposals contained in the consultation document. Taken together they would significantly weaken the current protections contained in the Human Rights Act 1998. We know, from our work with diverse organisations in all four nations of the United Kingdom, that this will affect the ability of individuals to hold the government and public bodies to account by bringing cases when their human rights have been breached. There are compelling reasons why the current approach to human rights accountability should be retained. The Human Rights Act has greatly benefited a vast number of people from across society, improving their health and wellbeing; ensuring their dignity, autonomy, privacy, and family life; and overall improving their quality of life.

Repeal of the Human Rights Act will also have a disastrous effect on the development of a culture of rights ― one that allows for human rights to be better understood, protected and asserted without the need to resort to litigation. One that supports human dignity and makes society fairer, more just and more equal.

We welcome and agree with the conclusion of the Independent Human Rights Act Review,[2] also published in December 2021, that ― while suggesting some relatively minimal changes ― overall, the Human Rights Act has been a success. It strongly recommended a focus on civic and constitutional education on the Human Rights Act. However, the government, rather than acting on the recommendations of this expert and independent review, has proposed something very different in its consultation.

It is unclear from the consultation document how the proposals would work in Scotland, Wales and Northern Ireland, where the Human Rights Act is embedded into devolution laws. For example, in Northern Ireland the Human Rights Act has a constitutional function. The rights run through the Good Friday/Belfast agreement and the proposals risk undermining the political and policing structures that flow from it, as well as public confidence in the same. The amendments to the Human Rights Act could threaten the balance and stability of the existing devolution settlements of the devolved nations, potentially undermining the Union.

We are particularly concerned by several specific proposals including:

– The introduction of an additional permission requirement before a human rights claim can be heard in court. This will create more barriers to individuals being able to access justice through the courts when they believe their human rights have been breached. This is in a context where it is becoming increasingly difficult for individuals to hold the government and other public bodies to account, not least through the reduction in the provision of legal aid

– Many human rights are already limited or qualified by the collective rights of society.  However, the proposals suggest the introduction of the idea of individual responsibilities into the human rights framework. This means that someone’s behaviour could be relevant in deciding whether it was acceptable to limit their rights and relevant when deciding on the remedies they may be entitled to. This would undermine one of the cornerstones of the human rights paradigm – their universality. Universality means we are all, by virtue of being human, equally entitled to our right

The Human Rights Act as presently drafted supports people across the UK to live more equal and dignified lives. In order to build greater public confidence ― something identified as important in the consultation ― a focus should be given to the proper promotion of, and education about, human rights as they currently appear in the Human Rights Act.

It is our clear view that the UK government should not take these unnecessary and damaging proposals any further. To do so will weaken the human rights of everyone.