Ariadne > Blog > Home Feature Below > Reflections from WHRDs: what donors can do better in the face of the closing space by Julie Broome, Ariadne 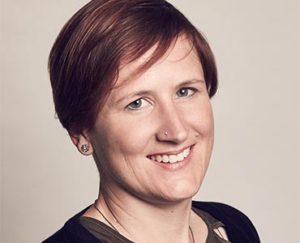 Julie Broome, the Ariadne Director, has recently attended a meeting of women human rights defenders in Kenya organised by the Urgent Action Fund. Here are her reflections from the gathering, on what donors can do better in the face of the closing space for civil society.

At the beginning of July, I had the privilege of spending a few days with a dedicated group of feminist and LBT activists from 30 countries, brought together by the Urgent Action Fund sister funds in Naivasha, Kenya.  The convening was focused on how the challenges facing civil society globally right now are particularly affecting feminist organisations.  UAF and Mama Cash have recently published a report on how women- and trans-led organisations are responding to the closing space for civil society, based on the experiences of groups in China, Egypt, India, Russia, Turkey, and Uganda.  UAF is now working on a second report looking at regional trends of how the closing space is affecting feminist groups.

Over the course of the three days that we were together, we discussed the different ways in which organisations and activists are being hindered in their work and different strategies for protecting ourselves and maintaining strength for the fight ahead.  But the activists present also had some important feedback for donors to consider.  UAF will be publishing its report later this year and that will include recommendations for donors, but I wanted to go ahead and share some of the concerns that came up.  We all have an interest in protecting grantees and pushing back against the trends that threaten civil society, and I hope this feedback might help us think about how we might do that better.

Most of these issues are not new, and some of them are not a direct result of the restriction on civil society; rather, they are underlying issues that are felt more acutely in the present situation.  These are challenging issues for foundations and not ones that can be easily solved; however, they are worth being aware of and taking into consideration as we all develop new strategies and approaches to address and work around the closing space for civil society.