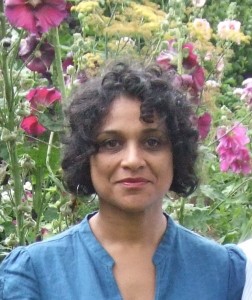 In this blog, Ariadne’s UK Programme Manager Jenny Oppenheimer reflects on how social change and human rights philanthropy has changed over the five years since Ariadne released its first annual Forecast.

The 2019 Ariadne Forecast for European Social Change and Human Rights Funders can be found here.

The annual Ariadne Forecast for European Social Change and Human Rights Funders is now an essential read for many.  Five years after it began its horizon-scanning and as I prepare to say farewell to my Ariadne family, I have been thinking about what the Forecast predictions have revealed about philanthropy in general and about social change and human rights specifically.

Five years ago, populism was already on the rise and ‘closing space’ was becoming a commonplace term.  The impact of the financial crisis was beginning to bite, with much less money around to support ever escalating issues.  Buffeted from all sides, funders were reacting rather than strategising. The survival of civil society was seen through the lens of “helping grantees to make their organisations financially sustainable.”  The bogeyman of Europe was Russia, but forecasters also recognised other possible threats, as this prescient quote indicates: “Right wing extremists have already recognised that they can gain more public support by attacking Muslims than Roma, they will build on this”(Ariadne Forecast, 2015).  However, funders were unprepared for what was to come. The best example of the chasm that existed between perception and the reality that was to follow was, perhaps, this wildcard from the 2015 Forecast which said, “Another terrorist attack in Europe.”

It feels as if there has been a lifetime between then and now and, honestly, the situation out there hasn’t improved a huge amount. Remember during the financial crisis when we talked about Grexit?  Well, now we’re living with Brexit!  This process has been appallingly handled and has fuelled concerns about the democratic process in the UK, while across Europe the far right continues to gain ground and, globally, populism is giving way to the resurgence of fascism. Additionally, gains made on gender issues are coming under increasing threat and climate change has still not made it centre stage.

So, what about donors?  Have they been keeping up?  There seems to be a growing acceptance from donors that they must work together and there is evidence of more partnerships among funders and across sectors.  Siloed working is slowly giving way to collaborative initiatives and a recognition that single-issue responses miss the interconnectedness that is often at play.  As a result, intersectionality as a concept is gaining traction within the philanthropic community.

For me though, what has been significant is the recent discourse emerging around the power imbalance in philanthropy, with initiatives such as participatory grantmaking aiming to shift power from funder to recipient, from North to South, from the national to the community-level.  There are now many more conversations around lack of diversity, power dynamics in philanthropy and the need for meaningful participation – all of which are very positive developments.  However, I can’t help but worry about the lack of diversity of the architects and facilitators of those discussions and about the way the discussions are framed.  More often than not the conversations are about donors’ needs – i.e. how they, the donors, need to get better at understanding their biases and their privilege, and the shifting of the power narrative has mostly been about the education of donors. Rooted in this is a certain amount of paternalistic largesse towards those being supported because, ultimately, the knowledge, benevolence and control are assets that remain exclusively with the donors.  Perhaps our conversation should be more about giving up power or at the very least recognising the inherent ironies and imbalances in the discourse?