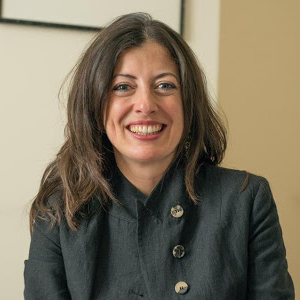 This post was written by Carola Carazzone, Secretary-General of Assifero. She is also Board Member of Ariadne, DAFNE, ECFI, and a member of the Alliance Editorial Advisory Board. On this International Day for the Elimination of Violence against Women, she reflects on the, yet, long path towards gender justice.

Twenty-five years ago, the World Conference on Women in Beijing adopted a Platform for Action that transformed national and international policies almost all over the world, recognizing that women’s rights are human rights. It impacted not millions, but billions of people.

Since 1999, 25 November has marked the International Day for the Elimination of Violence against Women. The International Days of the United Nations are a powerful information and dissemination tool and a standpoint: this one, in particular, was an important result of Beijing. Over the last 25 years, 154 countries have criminalized violence against women; yet law – while an important step forward – has not driven the necessary social change nor shifted our cultural paradigms.

Today, data from the Italian National Institute of Statistics show that in Italy over 90 percent of women who are victims of sexual violence do not denounce. At the root of this issue there is a wide number of factors: the lack of a systemic approach, lack of institutional trust, economic dependence of women, among a number of other factors. And going even deeper it is impossible not to recognize the intersectionality of a muddle of cultural traditions and unwritten social norms, including victim blaming, implicit stereotypes and unconscious bias, decades of national TV channels and advertising industry that used women as ‘pin ups’, escorts and sexual objects, and lack of proactive measures for women and girls’ empowerment.

The elephant in the room

In the Italian debate about gender justice there is an ‘elephant in the room’ – something everyone knows about, but do not want or cannot talk about: toxic masculinity.

Today gender justice cannot be only a question of women, for women, with women and among women, as it was in Beijing 25 years ago. Acknowledging the relevance of systemically involving men, is part of the solution. We need a systematic, capillary, permanent contrast to toxic masculinity and the promotion of new role models of masculinity, breaking a traditional culture of unconscious bias and implicit stereotypes.

Toxic masculinity does not only refer to violent, rude, insulting or denigratory machismo, which today is – or should be – sanctioned, criminally. It refers to the whole set of behaviors and subliminal beliefs that imply men have to suppress their emotions, mask their discomfort and sadness, keep a stoic appearance, not be seen as acting weak, deferent, caring, or timorous.

Toxic masculinity’s consequences are ample and deep and insinuate, among others, in the ‘false parity’ during the school years, unbalanced distribution on the family-care burdens, strangling women career at the beginning of the cycle with childcare and at a later stage with old relatives’ care, in the segregation between males and females in jobs and education, in the dichotomy between work and career for women, in the chronic low self-esteem of women that do not lean in.

Private funders’ unique autonomy, flexibility and long-term horizon can make a huge difference for gender equality at different levels. I am not just referring to funding stand-alone projects or programs, nor just to human rights funders or women funders, which unfortunately in Italy and Europe can be counted on one hand.

I am referring to any funder. Funders in any field can decide to integrate a gender lens, or gender mainstreaming, in their ordinary activities: endowment management and investment, grantmaking, operations, communication.

The 2030 Agenda has the potential to make a major difference in engaging a broad variety of private stakeholders on gender equality, since SDG 5 promotes gender equality and the empowerment of women and girls as a key objective in achieving sustainable development, and not ‘only’ as a human rights issue.

With regards to philanthropy and social investment, as well as in private companies, a paradigm shift will indeed occur only when gender equality will be mainstreamed in the governance and leadership of their own organisation.

Data-based evidences finally shed a light on why it is essential to integrate gender equality in our own organisations. Not just because it is politically correct or ‘nice to have’, but because it expands and strengthens the vision, the capabilities, the processes and the impact of an organisation.

Indeed, recent powerful initiatives in the public companies world, such as Equileap and World Benchmarking Alliance, demonstrate how gender equality is a key indicator of companies’ performance, offering convincing data to invite more and more people to invest on gender balanced firms for the sake of their business. The false choice between doing good or doing business is now over. Today we do know, investing in gender equality is about doing good business.

In a world where mainstream finance, as well as mainstream risk capital of which women get less than two per cent, is still very masculine – we are witnessing a generational change, potentially revolutionary.

‘Gender balance’ does not interest ‘only’ the niche of social and sustainable finance but potentially all the finance sector, in which the ESG investments represent a new frontier that business is quickly catching on.

The growing interest for ‘gender lens investments’ as integral part of ‘S’ in the ESG and the increasing availability of data and benchmarking tools are already contributing to this paradigm shift.

ESG investments, initially accepted by the mainstream finance in a defensive way (as blame avoidance, if not as tokenism) can now be considered the answer to a real and direct demand, put forward by the millennial investors – in the coming decade, the biggest intergenerational transfer of wealth in human history – that look not only at the product but also at how the product is made.

My hope is that this new generation will lead such a cultural and social change.

Supporting culture, not certainly as a frill or edutainment, but recognising the lead role that culture has in enabling social imagination and empowering more democratic, fairer and healthy communities, is urgent, especially now.

I want to end this article quoting Kamala Harris in her speech after the U.S. election: ‘I am standing on the shoulders of all the people from previous generations who fought for gender equality and paved the way in order to have today the first ever woman of colour elected Vice President of the United States’.

My hope is that Generation equality can really be able to unify women and men to achieve gender equality. Each of us, within our own small or big sphere of power, has the responsibility to open to the next generations the leadership and board rooms of our organisations. Intergenerational justice is another taboo and paradigm shift that we have to take in Italy, intrinsically and intersectionally related to gender justice. Everyone is a changemaker.

This piece was originally posted on the Alliance Magazine blog. A longer version was published in Italian by Ag Cult on 21 November 2020 and can be read here in English.

Leave a reply Click here to cancel the reply